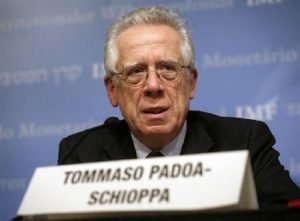 Tommaso Padoa-Schioppa, (23 July 1940 – 18 December 2010) was a former Minister of Economy and Finance in Italy, a long-time member of the European Central Bank executive board, and former President of the Basel Committee on Banking Supervision.

Mr. Padoa-Schioppa is widely considered to be a founding father of the European single currency. He was a firm believer in the benefits of, and the need for, a single global financial reporting language in international financial markets.

His publications include The Euro and its Central Bank (2004), Regulating Finance: Balancing Freedom and Risk (2004) and Europa una pazienza attiva (2006).