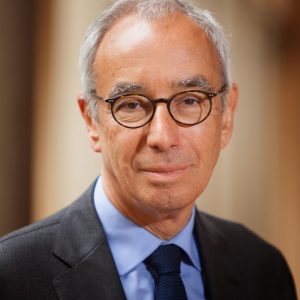 The Chair in European Economic and Monetary Integration at the Robert Schuman Centre for Advanced Studies was established in 2014 in honour of Tommaso Padoa-Schioppa, former Italian Minister of Finance (2006-2008), and a member of the Executive Board of the European Central Bank (1998-2005) during the period preceding the launch of the EMU.

Widely recognized as one of the founding fathers of the European single currency, Tommaso Padoa-Schioppa was a committed European and a friend of the EUI. In 2009 he donated his archives to the Historical Archives of the European Union; a year later, his family endowed his personal book collection to the EUI Library.

The programme focuses on the analytical challenges and policy responses of international macroeconomics and finance in Europe. The Eurozone crisis has revealed the need to design economic institutions that can support a ‘currency without a state’ in the context of a wider European Union. Financial integration and regulation further broaden the domain beyond strictly monetary questions. Such a project requires not only political will and diplomatic negotiation, but also research that explores pragmatically various alternatives.

Jointly with the School of Transnational Governance, the Chair has launched the project ‘ The Transformation of Global Governance‘, a major research and policy analysis endeavour aiming to decipher the mutations global governance is undergoing in a series of fields, and to assess the effectiveness of the emerging arrangements.

The Chair’s topics of interest derive from research questions arising from the Transformation of Global Governance project, which covers but is not limited to issues of international trade, capital flows and safety nets, cross-border migrations, competition policy, taxation coordination, banking regulation, climate change adaptation and mitigation, digital technologies and their effects, and global health. These topics include: